Interview with Jack Canfield, author of Chicken Soup For the Soul and The Success Principles 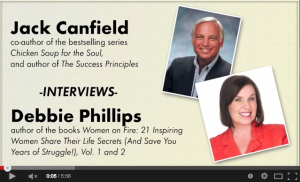 How to Live Life on Fire with Connecticut Style WTNH 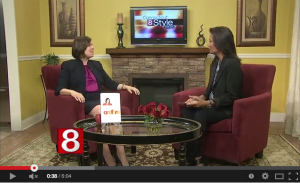 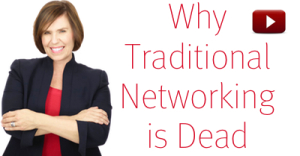 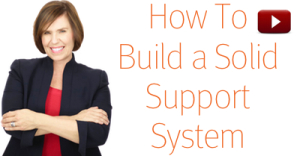 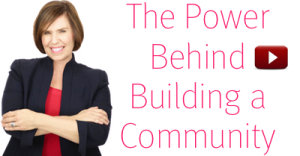 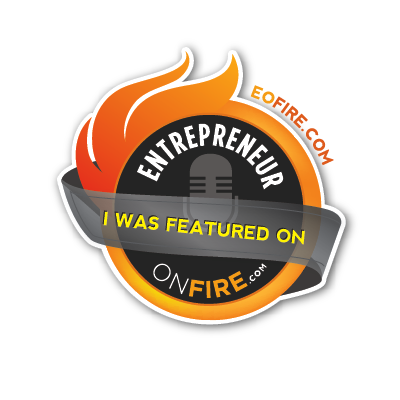 Interview on WiseWork with Michelle Woodward

Interview on Gab with Gurus

ABC News “Time To Reinvent Yourself? Not!”

Debbie Phillips is the inspiring founder of Women on Fire® and a pioneer in the field of executive and life coaching. She is known for her work in transforming women’s lives. Her gift is her ability to see and nurture the strengths, gifts and talents of the women she works with. She is also an author, speaker and producer.

For Women on Fire members, Debbie has conducted nearly 100 interviews with guest experts that include notables such as Gloria Steinem, Vanessa Williams, Marianne Williamson, Nikki Giovanni, and Sheri Salata. For the past eight years, she also has hosted monthly Live Chat master classes to personally coach women members to be their best.

In 1995, Debbie created a service for leaders and women in transition that previously didn’t exist but that she had wished for earlier in her career. Executive and life coaching were all but unheard of in professional circles at the time, and she was among the first trained coaches in the world.

After several years of coaching individuals and teams, in 2003 she founded Women on Fire®.  It is a membership community for women like no-other out there, that features day gatherings, retreats and coaching groups to extend the outreach of inspiration, strategies and support for women’s successes. Debbie also created and co-developed Vision Day®, a strategic planning day that has helped thousands of people live the lives they’ve dreamed of.

Prior to becoming a coach, she was a reporter for the Columbus (Ohio) Citizen-Journal; a deputy press secretary to former U.S. Senator John Glenn during his quest for the Democratic presidential nomination; press secretary to former Ohio Governor Richard F. Celeste; and the Executive Television Producer for the U.S. Health Productions Company, which featured the internationally syndicated television health and lifestyle show “Life Choices with Erie Chapman.”

Debbie has a bachelor’s degree in journalism from The Ohio State University and a master’s degree in public administration from the John F. Kennedy School of Government at Harvard University.

She considers, however, her greatest education to be the pain, joy and growth from the ups and downs of life, love and loss. She and her husband and collaborator, Rob Berkley, live with their big white cat, Wilber, on Martha’s Vineyard, Mass., and in Naples, Fla.

Are you a Woman on Fire?